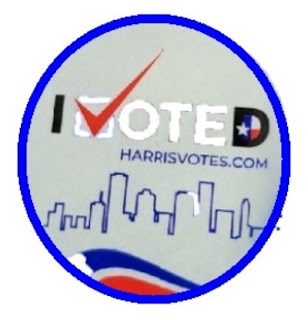 SPOILER ALERT: THIS BLOG IS LONG!

When I looked her up on Wikipedia today, I discovered that Kerry graduated from the Spence School in New York City, It's an all-girls school, with small classes and individual attention. She then graduated Phi Beta Kappa from George Washington University in 1998 with a double major in anthropology and sociology.

As she did last week, Washington uses her celebrity to support non-partisan voter registration organizations such as VoteRiders and When We All Vote. In September 2012, Washington's speech at the Democratic National Convention focused on addressing voter apathy.

All of which reminded me of November 1962 and the end of the Cuban Missile Crisis.

I don't remember voting that year, but I'm sure I did because the importance of voting was ingrained in me by my parents from the time I could walk with them to the polls, probably 1944.

Some citizens then, as now, felt that voting was a waste of time for several reasons: their vote wouldn't count, wouldn't change anything, wouldn't make their lives any better. Others felt that "government was the problem."

They were correct. The government is the problem and no one's vote counts -- in a nation with an authoritarian government. Desperate people sixty years ago who lived in the USSR and East Germany tried to escape in order to find a new, safer life in democratic countries where their every move wasn't watched and every thought judged and/or controlled. A country like the United States of America.

I love movies and many of my values have been shaped by movies. In this blog, I want to talk about two movies: The American President (1995) and Conspiracy, a 2001 HBO TV drama.

The widowed President's girlfriend breaks up with him after she is fired from her job as an environmental lobbyist because he chooses to go behind her back and support a crime bill over her environmental bill in order to reverse his declining ratings.

The chief of staff stops the speechwriter: "The President of the United States doesn't answer to you."

"Oh, yes, he does," insists the speechwriter. "I'm a citizen. This is my President. And in this country it is not only permissable for us to question our leaders, it's our responsibility."

Later the President pleads with his girlfriend, "I don't want to lose you."

"Mr. President," she says, "you've got bigger problems than losing me. You just lost my vote."

The next morning, the President interrupts the morning White House news briefing and says that his opponent is correct when he suggests that "being president of this country is about character....Well, I can tell you, without hesitation, that being president of this country is entirely about character. For the record, yes, I am a card-carrying member of the ACLU (American Civil Liberies Union)." He then asks why his opponent, a Senator, isn't a member of an organization "whose sole purpose is to defend the Bill of Rights."

One of the cool things about an authoritarian/totalitarian government is that it is "easy." In Russia, China, North Korea, and other authoritarian countries, citizens have no responsibility for government. The ruler rules, the people obey, and in return, the ruler takes care of them. Easy, peasy.

Kind of like a marriage used to be "easy" for a wife because her husband had all the rights and responsibilities and her job was to support him, care for their home, and raise the children. In 1940, when I was born, there were husbands and wives and children who thrived on this type of marriage. Many such marriages still thrive.

But marriage, like America, isn't always easy and not all husbands are perfect. It was thirty years before I could take full charge of my own life. It wasn't easy. I had total responsibility for myself and my child. But I finally was free to think my own thoughts and live the best life I could.

Unfortunately, rulers are not always honest, responsible, and caring.

On July 31, 1941, Hermann Göring gave written authorization to General Reinhard Heydrich to ensure the cooperation of administrative leaders of various departments in the implementation of the government's "Final Solution to the Jewish Question" in territories under German control.

On January 20, 1942, Heydrich chaired the two-hour Wannsee Conference over lunch at a country house. Through charm and threats, he overcame the government officials' moral and practical objections to their government's plan. The meeting was coordinated by Adolf Eichmann. Conspiracy is based on the only surviving transcript of the meeting.

The first time I watched the movie, I was sick to my stomach as I saw how easily and quickly once-principaled men followed an authoritarian leader whose rule was threatened. In 1942, Hitler faced a difficult campaign against Russia during the winter; Japan had attacked Pearl Harbor, the United States had declared war on Japan, and Germany had declared war against the United States. Hitler's solution, eradicate a group of people who did not conform to his Aryan Race ideal, creating more living space and jobs for the remaining Germans. Yes, I know, there is no logic between the problem and the solution. Logic is not important to an authoritanian ruler. Power is all that matters.

Threatened rulers tighten control over everyone and anyone they consider a threat, using the military, police, government employees, and spies, some of whom could be friends, neighbors, and family members.

They also change the laws, the rules, whenever they feel like it, and adjust reality to suit their needs and desires. Living under such chaos is not "easy." Just ask anyone who has experienced an abusive, manipulative relationship.

Unfortunately, too many of us feel that the government is a one-way street, that elected officials and government employees exist to serve us, whatever our political persuasion. And that is true, up to a point.

In a democracy the government is not "they" or "them"; it is us.

WE ARE THE GOVERNMENT

Our responsibilities to our nation and each other are to care enough to exercise our vote, then make sure the people we vote for and the people they hire, reflect our wishes, realizing that, as in baseball, we win some and we lose some but we continue to play the game.

In the United States, our one vote per registered voter is our most precious possession. Like "grace," it cannot be earned. It is our nation's gift to its citizens. If we don't use our vote, all our other possessions, as well as our hopes, dreams, and aspirations, can become threatened.

During my lifetime, people had their arms decorated with tatoos courtesy of an authoritarian government and desperate citizens of East Germany risked everything just to climb a wall. Now, thanks to technology, cameras are everywhere, recording and transmitting our words and actions. As the citizens of China, including those in Hong Kong, know, their rights are limited.

The fictional American President tells the reporters, "America isn't easy. America is advanced citizenship....We have serious problems to solve and we need serious people to solve them."

On January 20, 1961, nineteen years to the day after the Wannsee Conference, the 35th American President said at his inauguration, "Ask not what your country can do for you -- ask what you can do for your country." He was assassinated on November 22, 1963.